Content (Accesskey 0) | Main Menu (Accesskey 1) | Search (Accesskey 3)
Best Practice / posted on 15. October 2019 by Nina Fuchs
The Tabakfabrik Linz and its concept is discussed at one of the oldest and most renowned universities in the world. As part of a workshop at the University of Oxford, the well-known network analyst Harald Katzmair, head of the Vienna-based research institute FASresearch, will present the innovation ecologies of an ecosystem using the example of the Tabakfabrik Linz.
The unique revitalization concept of Tabakfabrik Linz is attracting international attention and has long been regarded as a best-practice example in scientific congresses and research projects around the world. At the University of Oxford, Harald Katzmair, who worked  in New York and Silicon Valley for years, now presents the Tabakfabrik Linz as a resilient success method and analyzes its special potential as a collaborative center for cultural and creative industries.
In doing so, Harald Katzmair describes the Tabakfabrik as “one of the most exciting and significant future projects that currently exist in Europe. It is a pioneer in the construction of a new industrial ecology, a transformative field of experimentation and learning, which is not only about the further development of knowledge and technologies but above all about the fundamental development of our mindset. It addresses the question of how we can think about and plan innovation processes in an Industry 4.0 world in the future.” 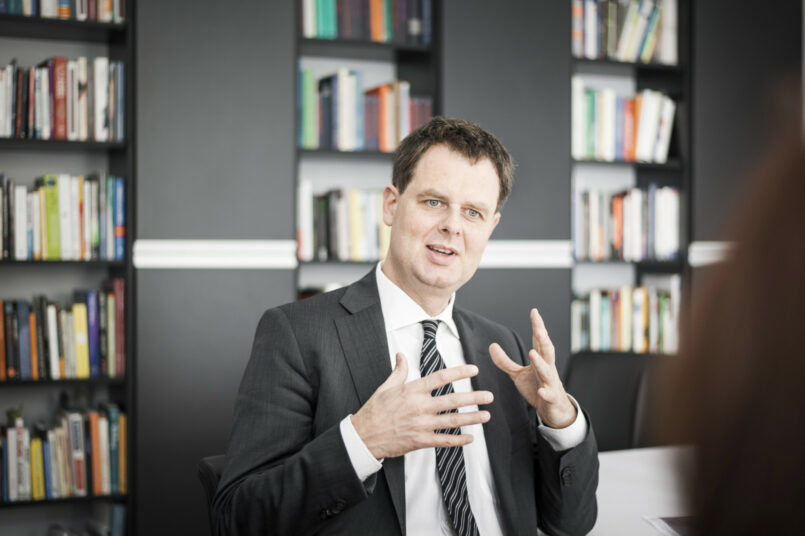 In the spirit of the legendary Bauhaus school, Tabakfabrik Linz is becoming a melting pot that understands craftsmanship, art, research and technology as a unity in order to combine classic and creative industries into a new alloy and trigger innovative initial ignitions. After all, the myth of the lonely inventor in the quiet chamber is long outdated. In our networked world, it is thinking outside the box that leads to new solutions and lays the foundation for technical, economic, artistic or social innovations.
“The transformations will be serious in the coming years. In this process, the Tobacco Factory can be a kind of creative-industrial avant-garde in working through these changes and confronting them. It needs people who, like the protagonists of the Bauhaus in Dessau at the beginning of the 20th century, have the ability to be absolutely on the cutting edge and at the same time to think everything from scratch. The comparison with the Bauhaus literally forces itself upon us: The Tabakfabrik as a Bauhaus 4.0 – this is where I see the role of this daring project, which is so important for economic and cultural development far beyond Upper Austria,” says Katzmair.

The Tabakfabrik succeeds in combining different forms of innovation and reconciling diversity within the framework of a unique innovation ecology. In this respect, the Tabakfabrik is an important player for the Austrian creative industries and can contribute significantly to the innovation landscape in Austria through its activities.