The history of the Linz tobacco factory closely reflects historical developments in Austrian and international politics. Once a proud stronghold of the working class, the number of people working within this prime example of socialist architecture and urban planning was gradually reduced, due to increasing automation. At the turn of the millennium, Austria’s tobacco factories – like many other state enterprises – were privatised. What followed was typical of the privatisation at the time: one by one, factories were shut down due to rationalisation, and production was moved to countries with lower labour costs. The majority of heritage-listed factories have subsequently been repurchased by the public sector, which –in the case of Tabakfabrik Linz – was in 2009.

The story of Tabakfabrik, the Linz tobacco factory, can be divided into three phases: originally built by the public sector, then privatised for a short time, it is now back in public ownership. It is thus epitomises a turnaround in government policy. This third phase, which is now beginning, clearly signals the resurgence of the State and the return of social demands as a factor influencing the way in which our society is formed. However, the State also needs to question and redefine its own role in the 21st Century in order to gain the widespread acceptance and support of its citizens. 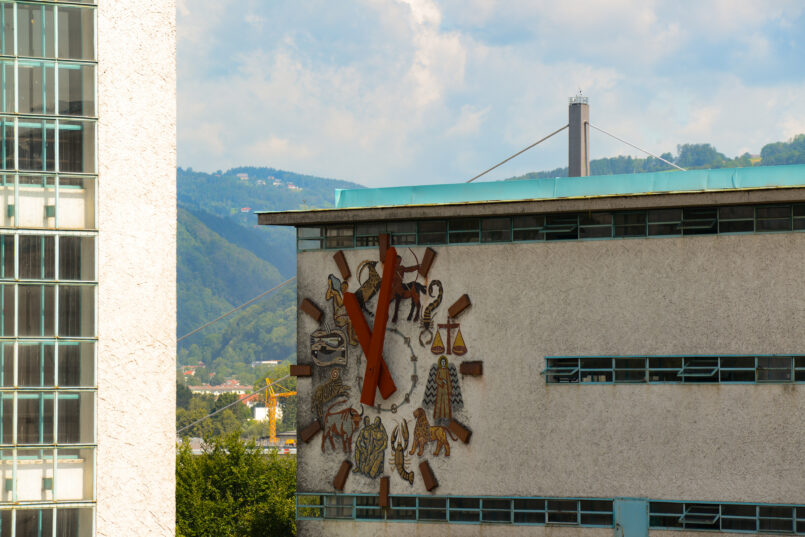 The questions that concern us around how to develop the former Linz tobacco factory in the future are all to be seen in that context. What social, cultural and economic duties will the State, and cities, fulfil in the 21st Century? In what direction will our democracy develop, and what will the democratic tools of the future be? In what ways does, or will, civil society fit into the construct of the State? How does one define a modern understanding of the public space? What will working life and business be like in the future? How ecologically, economically and socially sustainably can welfare be generated? What cultural practices will attempt to claim supremacy? For Smart Cities like Linz, which of the new ideas and concepts are practicable?